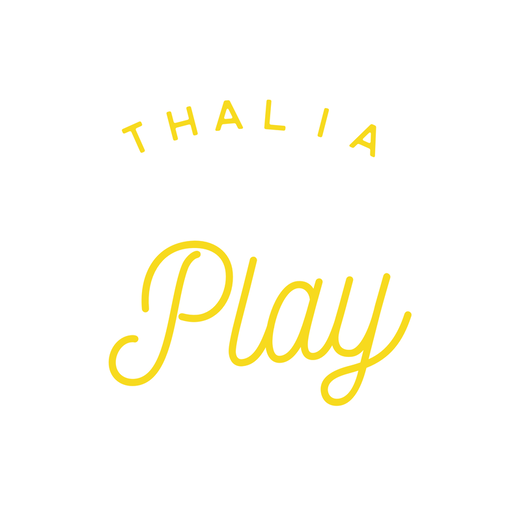 May what I do flow from me like a river,
no forcing and no holding back,
the way it is with children.
Rainer Maria Rilke

Thalia is traditionally the muse of comedy and festivity. The name Thalia derives from the Greek word “thallen”, which means, “to bloom.” This is a really beautiful analogy for play. What is a flower doing when it blooms? It is blossoming from its inward state, opening itself and sharing all of its colourful beauty with us. It becomes larger than its original form, its shape now taking up more space in the atmosphere. In doing so, it's showing us all the contours of its inner anatomy- the good, bad and the ugly. And while it won't necessarily stay in this luminous state forever (it may eventually close up again, die off or fall to the ground to become one with its maker), for that moment in time it is fully alive and awake to the warm rays of the sunlight.

When we’re in that playful space where we recreate our reality into one that has imagination woven throughout, we're helping to come out of ourselves and grow towards our fullest expression. We're unfurling our own petals into the world, exposing the iridescent breadth and depth of our pigments because we're not bound by the restrictions of judgement and fear.

One of the fears that often inhibits being playful is a sense of discomfort around making a fool of ourselves. The archetype of the fool, or the jester, seems a little out of touch with reality, but in fact, they see a wisdom that sits just at the periphery of our vision. They peer into lands that can only be reached through a deep imagination. The fool is the sage that can relay truths to us through the use of humour, piercing sideways through the veils of ordinary perception. For example, the fool character in many Disney animations is the one who plays the conscience of the hero. They bumble along and speak in riddles until they hit home a truth that the hero couldn't see because they were blinded by the struggles of their ego. The fool, on the other hand, is willing to find a space within and around the ego to allow the gifts of humility to shine through.

Essentially, play assists us in building a bridge to a different way of seeing the world. It taps into our creativity, and ripples through our expression in so many ways- the way that we move our bodies and interact with others, the lives we wish to create for ourselves, and the world we want to imagine into being.
audio
free-writing prompts

​Below is a worksheet for the journal to delve into your feelings around play, humility, humour and imagination.
inspiration | performance

For inspiration this week we look to performance, as Thalia is all about comedy and theatrics. Sabrina D'Angelo is a performance artist from Sydney who weaves puppetry, clowning, acting, mime and interpretative dance into something she calls 'Body Poetry'. She's totally daggy and delightful (I saw her live a few years ago).

​Below is a clip of excerpts from her Body Poetry performance at the Melbourne Comedy Festival in 2013. I've also included an interview with her, where she talks about the role of play, silliness and mistakes in our lives, and what it means to find your inner clown.
writing exercise

Another form of play- or deep imagination- is our capacity for empathy. When we empathise with someone, we're opening up our own borders to imagine how we would feel in the other person's shoes. We can't know for sure how someone is feeling, but we can try to “role-play” and get into character in the same way an actor does.

Within improvisational theatre there is a game called, “Yes, and...”. In it, the actors create stories by building on each other's imagination. So one person might say, (while looking up into the sky) “Wow, look at that cloud, it looks like an elephant with wings...” and the second person might then say, “Yes, and that bird flying next to it looks to be pecking at its ears. The bird is trying to catch his attention to tell him about a gathering of all the animals tonight...” By layering stories on top of one another, the actors are acknowledging the reality of the other person and then building on it. This keeps the story going- if the second person were to say, “No, I can't see that elephant at all, it doesn't exist,” it would provide a dead end to the story and fail to create empathy in the relationship.

This is also a great technique to flesh out written characters within a narrative. Use the above scenario as a springboard to write a role-play between two characters. Begin with shapes they see in a cloud, and then allow the characters to drift into a discussion about how they see the world. See where your imagination takes you…